Ceramics in the new concept

A new language to be created in continuous evolution!
First….. passive clay in the hands of a manipulator.
Let’s imagine it alive! Ceramics redeems its freedom, expresses itself, is more independent.
A new concept of research where the interaction between different elements is enhanced, where the artist is more spectator. The artist’s creativity is in intuiting what elements, how many and how much of each one, leaving free movement and perception.

As a first step I had to look for a “natural” food to provoke a reaction between the (inorganic) clay and the PDA (nourishment for microorganisms). The help of a crop expert from the University of Agriculture of Perugia allowed me to study and test on porcelaine powder clays mixed in proportion with the PDA liquid. The tests were carried out in neutral environments taking all possible precautions.

The experimental research that I am carrying out in organic ceramics is for the artistic purpose only, new material and visual expressions in the field of Ceramics.

Glucose, the most common sugar in nature

Vegetable gelling agent rich in minerals, used in the kitchen instead of isinglass (gelatin) 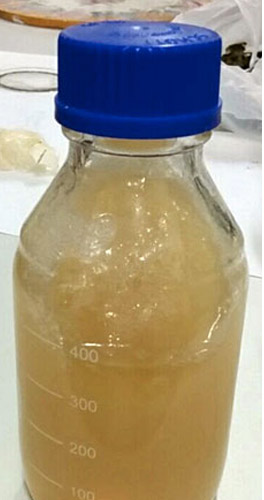 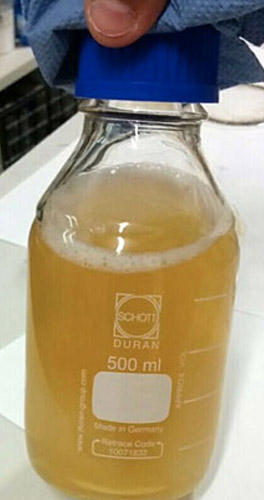 The PDA is a nutritional charge for bacteria and viruses, in a few days it is possible to see the growth of viruses and bacteria in culture (Microorganisms) 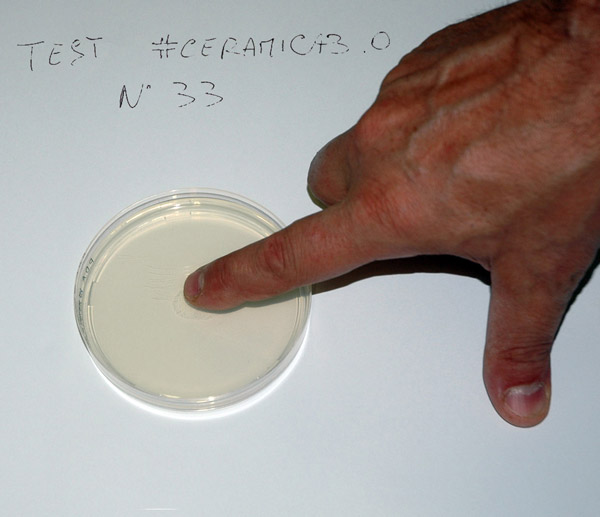 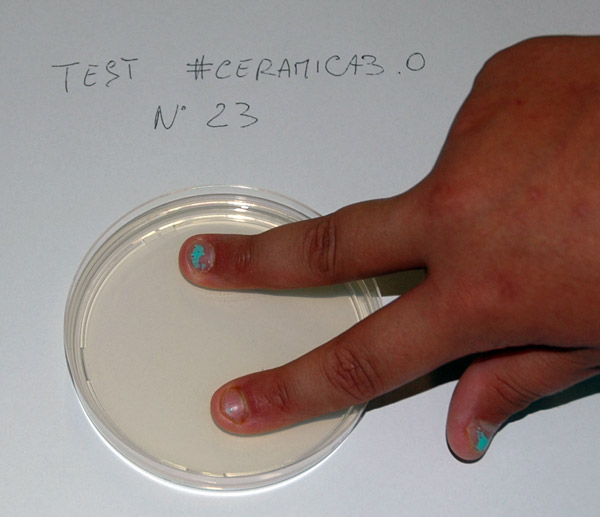 After 50 hours the bacteria express their greater strength, it is possible to see the diversity of expansion and design created 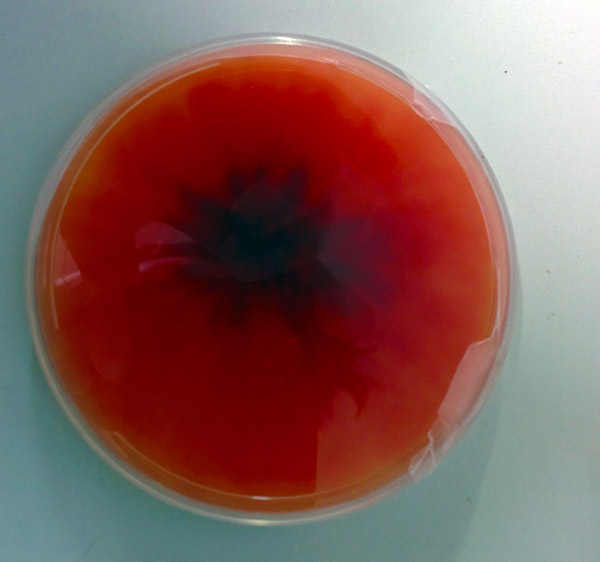 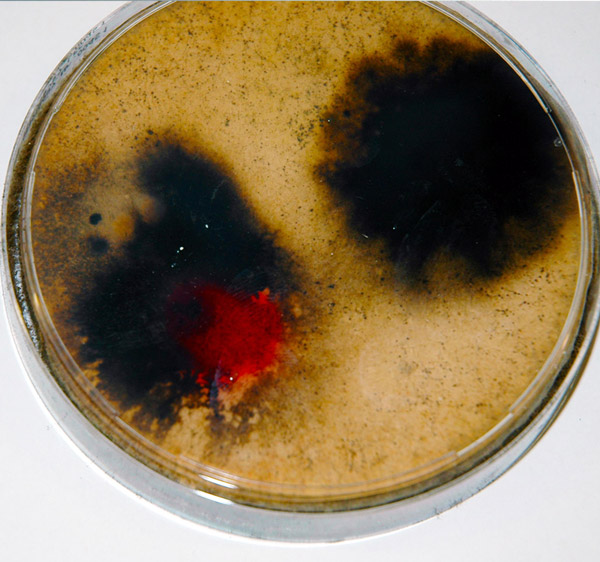 Beginning of research in the ceramic

The choice of clay as a research base was fundamental, the best results were obtained with high temperature clays. Bonechina has given good results, it is an iron oxide-free clay and therefore more stable both in oxidation and reduction firings (Organic Ceramic) 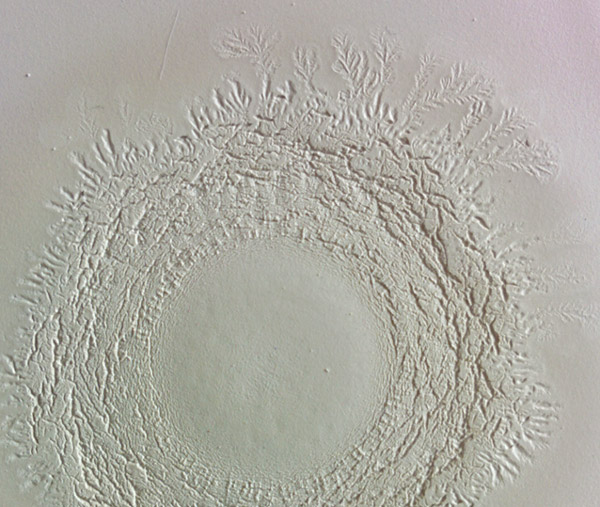 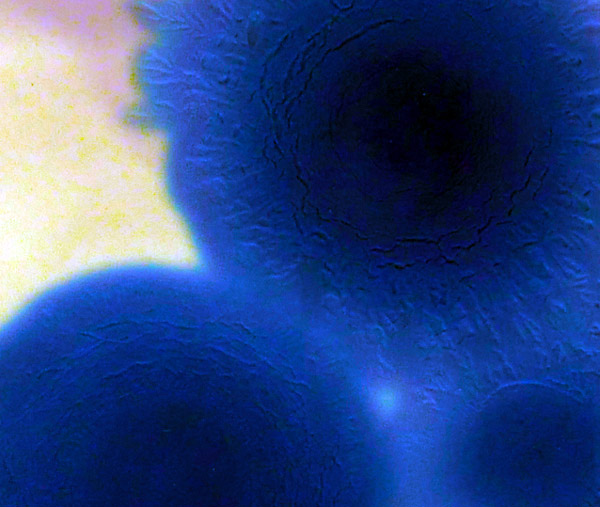 PDA can be used pure (liquid) with the addition of oxides, carbonates, chlorides, sulphates, pigments, each of these behaves differently, the particle size is fundamental for the transport of growing bacteria. 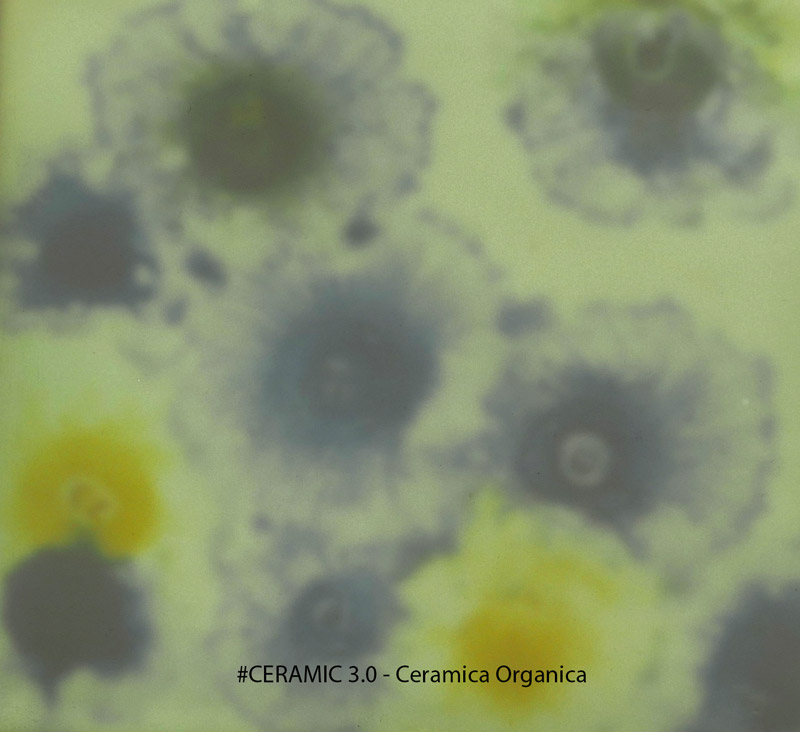 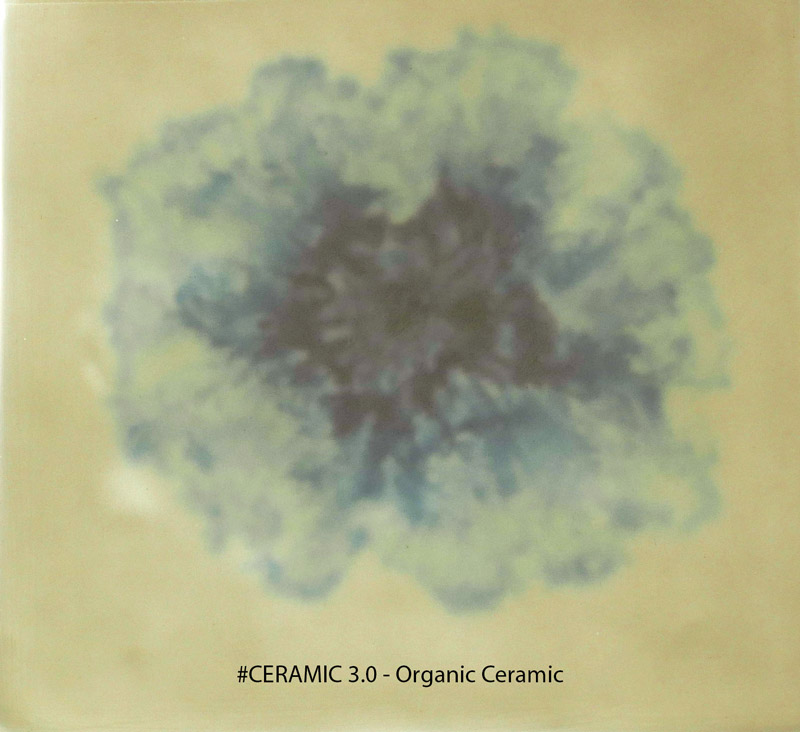