First experimental research on ceramics, and the first break with the traditional ceramics.
Balls of clay with different oxides (cobalt, copper, iron etc) launched with a slingshot, glaze and pigments on reduction firing. 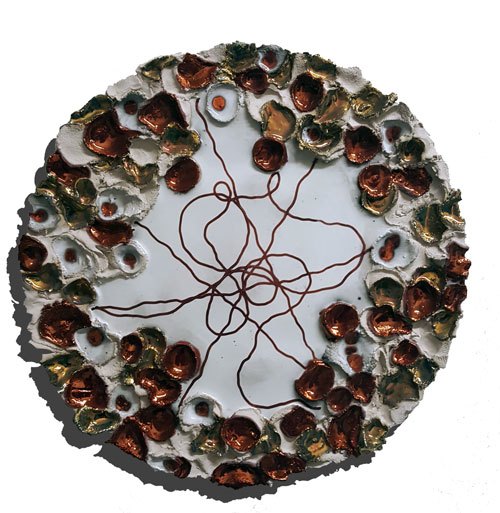 Nicola Boccini, after a classical education both as a ceramist and as a painter, enriches his artistic proposal with works characterised by a real experimental and innovative value. His research breaks away from a deep knowledge of all the techniques of clay working and turns through a personal reinterpretation of them. However his creative path, that is concentrated on the technical challenge of measuring the limits where clay can arrive, is not simple virtuosity; on the contrary, moving on Renaissance alchemists’ footmarks, it enters clay and reaches the essence. His works are called FormAzioni, that is to say actions on the form. Boccini works on traditional forms (especially plates) like a gesfure painter works on the canvas. Here too the action’s fortuitousness is so calculated that his works are balanced and harmonious. The gesture consists in throwing small fresh clay balls, rich in oxides, on the tender plate’s surface. The balls, on contact, form the craters that enliven the already modelled work’s surface. The following cooking reveals more clearly the artist’s thinking and his expression: here and there it can be seen naked earthenware shreds, even if the work shines for the magic of its metallic reflections. The calculated fortuitousness sometimes is limited thanks to a more invading intervention, which scratches the smooth central plate’s surface.

The reasons of contemporaneity

The titles of the works of Nicola Boccini beyond the symbolic importance, they draw a link with modernity related to artistic process. The young artist elaborate a plan of work that develop achieving essential data from experimentation, a programme that verifies the primary relation with the specificity of the matter, its implications and the potential expressivity beyond the granted side of representation. The objects are microcosmos through which acts or primary actions are echoed (Boccini mingles shape and action), the manipulating impact, the play with colour, the scanning of the space and the bright interferences. Anyway, the building-up process feeds through the deepness of conscience, the culture sedimentation where the archetypes are shifted into personal values that attain from human relationships, human sight, allowing to perceive among various proposal, those likely to suit best contemporaneity. Boccini builds us shapes conceptually closed, with a generally circular course that work as a pattern where the circle is repeated creating episodes that go from a spatial generalization to a strong organicistic density. Evident totemic intents surface in the shapes that develop in verticality. Sometimes it seems that the artist wishes to cancel the limits of borders breaking the circular linearity or inserting straight lines that become sprouting energies coming from the inner part of the shape itself. 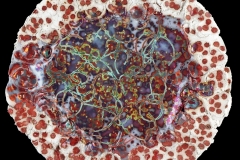 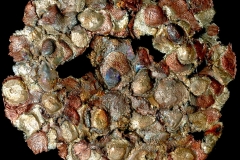 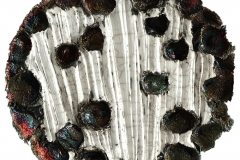 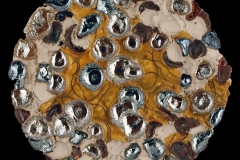 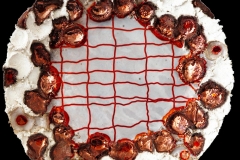 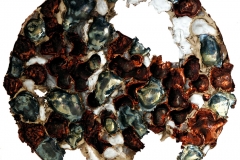 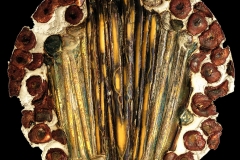 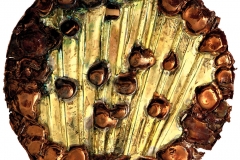 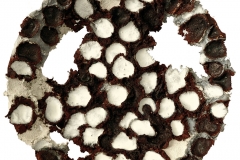 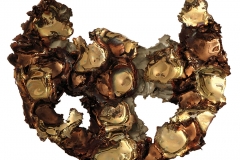 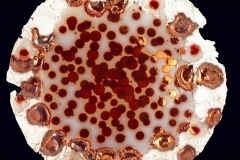 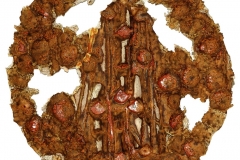 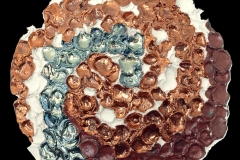 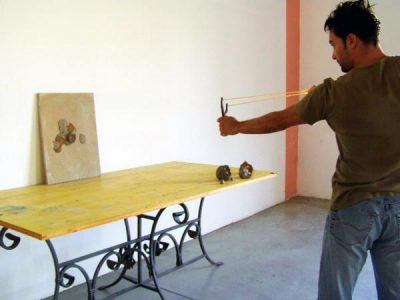 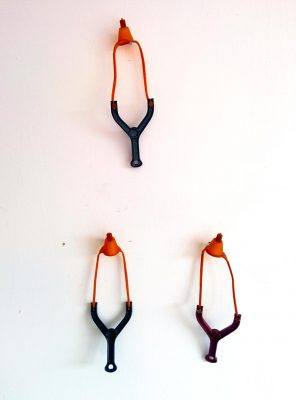